Will The Next Budget Be Radical?

Will The Next Budget Be Radical? 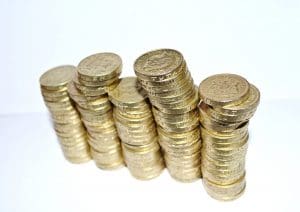 On 8th July 2015, George Osborne will deliver the first completely Conservative budget since Kenneth Clarke in 1996.

Given that George Osborne delivered his last budget on 18th March 2015, you could well we asking yourself “Why do we need another budget now?” The answer is essentially that the last budget was a combined Tory/Lib Dem budget.

This time around the Tories are working to their own agenda. The more cynical may also note that the Labour party lost its former shadow chancellor, Ed Balls, in the last election. This may make it more difficult for them to respond effectively to the Tory proposals.

The speed with which this budget is being announced has led to it being termed an “emergency budget”. Will it, however, be a radical budget?

Getting The UK Back Into The Black

The Conservatives have made a pledge to get the UK out of debt. To do this, they need to make spending cuts and encourage growth.

There have been various suggestions as to where spending cuts could be made. The Queen’s Speech included a reference to the removal of housing benefit for those aged 18 to 21.

David Cameron has also indicated support for a reduction in the benefits cap. This currently stands at £26,000 p.a., but could be reduced to £23,000 p.a.

Pensioners Are Likely To Be Protected

The Conservatives pledged to retain the triple-lock system.

This means that the state pension will rise in line with average earnings, inflation or 2.5%, whichever is the highest.

On the other hand, higher earners are likely to see a reduction in the pension tax relief available to them.

Housing Is A Key Area

They have pledged to raise this from £325,000 to £1 million. While this may seem like a large increase, it’s worth remembering that the current limit was introduced in 2009. Since then rising house prices have made Inheritance Tax a fact of life (or death) for a growing number of people.

This rise is an attempt to focus the effect of the tax on the highest earners. It will leave those on lower incomes with more money to spend, which may encourage growth.

To help people to get on the housing ladder in the first place, the Conservatives plan to introduce a “Help to Buy ISA”. This will only be available to first-time buyers.

If you plan to buy as part of a couple, then both parties can have one each. This means that a couple could potentially have their deposits boosted by £6,000.

A Budget For Working People?

The Conservatives have pledged to raise it immediately to £12,500. Similarly they promised to raise the starting rate for the 40% tax bracket from £42,385 to £50,000. Obviously this means less money for the treasury, hence the need for spending cuts.

The Conservatives hope, however, that giving individuals more money in their pocket will help to boost the economy through growth.

So What Does This All Mean?

In simple terms, the effect of the budget will only be fully realized once it is implemented. In its general principles, it is arguably broadly similar to the coalition budget.

This is hardly surprising given that the Conservatives were by far the bigger party in the partnership. Whether the differences can be considered radical is largely a matter of opinion.