Spare Your Children From Inheritance Tax

Spare Your Children From Inheritance Tax 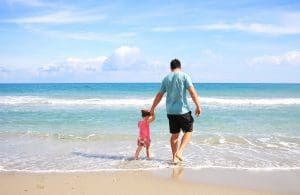 Inheritance tax in its current form was introduced in 1986.  The current nil-rate personal IHT band of £325K (£650K for couples) was introduced in April 2009.  To put its effect into context, the House Price index shows that in April 2012 the average house price in the UK was £229K whereas in April 2014 it was £260K .If house prices continue to rise and the IHT nil-rate band stays the same then increasing numbers of home owners are going to find their IHT-free allowance being consumed, wholly or in large part by the family home.

A little forward planning can make all the difference

If you’ve managed to stay on top of the family finances, made savings, and taken appropriate investment decisions, then you may have a nest egg you’d like to pass on.  Fortunately there are various and perfectly legal, options to reduce an IHT bill and thereby increase the value of the estate you leave to your loved ones.

Couples in committed relationships can reduce their IHT liability by formalising them either by marriage or by a civil partnership.  This has the advantage that the surviving partner inherits any unused portion of the deceased’s tax-free allowance.  Specifically they inherit the unused amount as a percentage, meaning that if the nil-rate band is eventually increased they and their family will benefit from the increase.

Put your trust in a trust

Life insurance is for those you leave behind.  If the policy is put into a trust then the eventual pay-out is treated separately from the rest of the estate.  This means the proceeds can be received free of inheritance tax.  It can also be released much more quickly than the rest of the estate which has to go through the process of probate.  This can help to cushion the financial shock of bereavement allowing those left behind to focus on managing their grief and moving

AdviserPost Blog Content on. There are a number of different trusts and it’s sensible to get some unbiased financial advice from a professional financial adviser on this.

Give while you are still alive

Inheritance Tax, by definition, only applies to the value of the estate you leave behind when you die.  Therefore reducing the value of your estate reduces the cost of any eventual IHT bill.

Tax liability may be reduced.  It is important, however, to note that to qualify as a gift the donor must surrender all interest in the item gifted.

Reducing your potential IHT bill needs careful thought. For people getting some unbiased financial advice from a professional financial adviser this could make a huge difference in terms of how much of their personal wealth reaches their loved ones as opposed to the government.