Should I Fix My Mortgage Now?

Should I Fix My Mortgage Now? 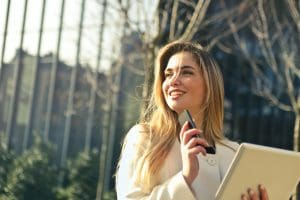 Deflation is not all it is cracked up to be. Recently, as we cheered at the fall in fuel prices to historic lows, the fact that several industries were dependent on buoyant oil prices barely occurred to many of us.

However, the current plight of the oil city Aberdeen shows that there are significant problems attached to our current glut of cheap fuel.

Currently we have a glut of cheap borrowing too. Interest rates are at historic low, giving many of us low cost mortgages.

However, the actual amount of credit on offer is tightly regulated, following the housing boom and housing crash.

At the moment, there seems little evidence that an interest rate is in the offing in the short term and home owners are benefiting from the lowest mortgage rates, but even if this lasts, it might not be great for the economy in the long run.

How do I reduce my mortgage payments?

Classical economics suggests that supply and demand reach an equilibrium eventually and that equilibrium is always expressed through the medium of the price mechanism.

We have lived through a half decade of repressed demand in the economy for goods and services (in this case property) due to the long period of belt tightening that we have endured. Supply has remained relatively static, meaning that overall prices have declined or at least stagnated.

There are exceptions to this rule, London and the South East for example, where demand has outstripped supply.

In some sectors of the housing market (luxury six figure properties), spending power has remained largely consistent, meaning that there has been little overall decline.

This decline of spending with the market place has led to a degree of deflation and for property owners this has brought about considerable advantages.

Those home owners on fixed rate mortgage products have been able to switch to variable rates, knowing that in all likelihood the rate won’t really vary all that much and if it does, the base rate set by the Bank of England is still 0.5 of a percent.

In the long term, this, of course, cannot last. The slashing of the cost of borrowing to almost non existent levels has brought about cheap mortgages for many of us, but for savers, it has been little short of disastrous.

Families used to accruing valuable interest off their savings have seen an important source of income and investment lost because of the decision to bring the base rate so low.

Savers will eventually demand to have their fortunes restored and when the Bank of England and the government comply, mortgages will become more expensive once again.

Judging whether or not to take out a fixed rate mortgage now is beyond the scope (and the legal remit) of this blog, and ultimately it is a question that can only be answered by the borrower.

If you are risk averse and value security enough that you are willing to pay slightly more for a feeling that your financial future is more secure, then buying a fixed rate is eminently sensible.

However, if you have speculated that rates will stay low and there is no need to switch to a more expensive fixed rate, then you can stay on a variable deal. This might result in a scramble for a fixed rate policy when rate changes are announced, and at that time the cost of a fixed rate deal will inevitably be higher.