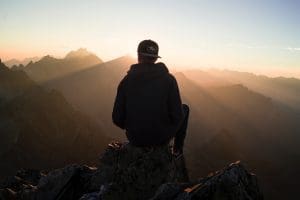 “Expect the unexpected” may be an old cliché but the unexpected can and does happen. Hoping that it happens to someone else is a very poor strategy in terms of family protection. To put the matter quite simply, if you have people who depend on you in any way, you should be checking to see whether you need life cover.
Protecting my Family – Every Parent’s Priority

When making a financial plan, it’s entirely understandable that people give priority to their present-day needs before worrying about the future. It’s also understandable that people will think about common challenges, such as unemployment, rather than highly unusual ones, such as the death of a younger person. The good news is that insurers also understand that healthy, young adults are far less likely to die than their older counterparts. This means that, generally speaking, younger people can reasonably expect lower insurance premiums.

The starting point for arranging life insurance is understanding what you absolutely need in order to keep going in the event of the death of one or more family members. This includes the death of anyone who makes a significant, non-financial contribution to the household, for example a home-maker or care-giver. The tasks these people do will still need to be done in the event of their death – and they’ll need to be paid for. This forms your baseline in terms of taking out cover. If you can afford to pay more than the minimum then you may choose to do so, to make life a little easier for those left behind after a bereavement. Alternatively you may prefer to take out a lower level of cover to have more money available for the present. If, however, you are unable to afford the minimum level of cover you believe you need, then it is very advisable to look seriously at ways to make up the shortfall. If, however, you really can’t afford higher premiums at all, then having at least some cover is usually better than having none.

Choosing the Right Type of Cover

The first question to ask is whether you need whole-life cover or term assurance. Whole-of-life cover, as its name suggests, offers indefinite cover. In other words, as long as you pay the premiums as agreed, your beneficiaries are guaranteed an eventual pay-out. Term assurance is cover for an agreed length of time, a term. If you die within this period, your beneficiaries will receive a payment, otherwise the policy will simply expire. Choosing which one is best for you depends on your personal situation. It should be noted however, that term assurance tends to be less expensive than it’s whole-of-life counterpart.

The second question to ask is whether or not you expect to need the same level of cover over the forthcoming years. For example, if the main purpose of the policy is to cover a mortgage (or other debt), then it may be appropriate to have a level of cover which decreases over time, along with the level of debt. If, on the other hand, the main purpose of the insurance is to provide for the future of young children, then it may be best to have cover which increases over time, to keep pace with inflation.

The importance of trust